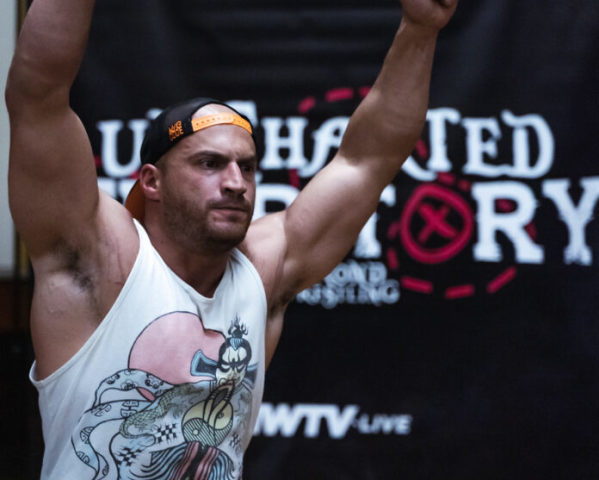 Chris Dickinson has filed a lawsuit against Christina Kardooni and McKaila Coulter, both of which are former former partners of his. In the suit, Torre is seeking damages to recover from the “alleged blatant acts of defamation that wrongfully accuse Mr. Torre of abusive conduct”.

In May 2022, after learning of Defendants’ social media posts and the untrue statements contained therein, GCW terminated its business relationship with Mr. Torre upon an abrupt notice, without any investigation into Defendants’ statements. Mr. Torre was asked to quit his scheduled events with GCW, and was then informed that GCW would stop enlisting him for events indefinitely.

Specifically, when NJPW contracted with Mr. Torre in April 2022, NJPW expressed the interest of booking Mr. Torre for events in Japan and having Mr. Torre work in Japan as soon as possible. After Defendants posted their defamatory statements, NJPW told Mr. Torre to wait until further notice. Given that Mr. Torre’s contract with NJPW was to be paid per appearance in events, losing the opportunities to participate in future NJPW events caused Mr. Torre’s contract with NJPW to become essentially a valueless deal.

Dickinson is seeking the following:

a. Judgment on the claim set forth above;
b. An award of compensatory damages according to proof at trial, as well as
punitive and exemplary damages where authorized;
c. An order enjoining Defendants and those in active concert with
Defendants from disseminating or publishing any further defamatory
statements concerning Mr. Torre;
d. An order directing Defendants to retract their defamatory statements from any non-party who they have contacted regarding the matters alleged in this complaint;
e. An order directing Defendants to undertake such remedial efforts as the Court deems necessary to restore Mr. Torre’s reputation;
f. Prejudgment and post-judgment interest at the applicable rate;
g. An award for reasonable attorney’s fees, costs and disbursements, where applicable;
h. Such other and further relief the Court deems proper and just.