Has Porsche bought a 50% stake in Red Bull? 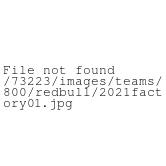 Though none of the parties involved are commenting, it is looking increasingly likely that Porsche has bought a 50% stake in Red Bull.

Of course, speculation has been rife for some time, and while the Volkswagen Group has repeatedly said it intends entering F1 no plans of any substance have ever been laid out.

It was rumoured that an announcement was to be made over the Austrian Grand Prix weekend, but like so many previous ‘deadlines’ it passed without acknowledgement, a situation not helped by the continuing delay in confirming the engine rules from 2026.

Indeed, it was the latest delay in confirming the 2026 regulations that led to the scrapping of any announcement over the Grand Prix weekend.

However Germany’s Motorsport-Total has obtained documents that appear to suggest the deal is done.

Seemingly, the merger between Porsche and Red Bull Technology, which manufactures the F1 team’s chassis, amongst other things, was subject to approval by various international antitrust authorities, both in and outside the European Union, in order to comply with anti-competition laws.

Motorsport-Total reveals that details of Porsche’s planned entry in 2026 are confirmed in a document issued by Morocco’s Conseil de la Concurrence – and, ironically lodged on the Friday of the Austrian GP weekend – which details the intent for Porsche to acquire 50% of Red Bull Technology Ltd, the aim being the development and production of a power unit for the Austrian team.

It’s understood that the engine would be developed by the newly-founded Red Bull Powertrains division and would see AlphaTauri also using the new units.

Meanwhile, it is looking increasingly likely that Audi will buy into Sauber, which currently operates the Alfa Romeo team, the German manufacturer looking to purchase a 75% stake from owner Finn Rausing.

Aston Martin start “too far from the back” says Krack · RaceFans

There are countless ways to tell a home invasion story, with the 2022 film Shut In about Jessica Nash…