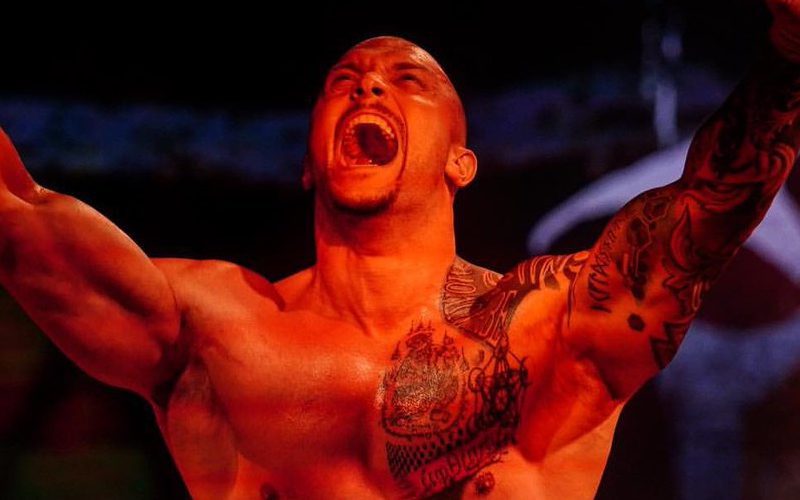 
Karrion Kross saw a lot of success in NXT, being a 2-time NXT Champion. He was then called up to the main roster, and things only got worse for him after that. He was also relieved to get his WWE release.

Kross was released along with his wife Scarlett Bordeaux last year after being directionless for a long time. Following their release, they went back to the indie circuit and competed there for a while.

During the end of Friday Night Smackdown a couple of weeks ago, Karrion Kross returned and immediately attacked Drew McIntyre. Kross then made it clear he is coming after Roman Reigns’ titles.

While speaking on the After the Bell podcast, Karrion Kross talked about his release last year. Kross admitted that it was a relief to get his release back in 2021.

“It was the first time I had seen my family in about two years because they were out in New York. We were visiting the East Coast and I got the call, both [Scarlett Bourdeaux] of us got calls on my way to dropping her off at the airport and there was literally no time to discuss anything. She was getting out of the car to take a flight home, back to Orlando from Newark, and we got the calls from the car. It was just a lot of mixed emotions because that’s not a place we ever wanted to land or a situation we ever wanted to be in. At the same time, it was a relief because we knew that we were not doing our best work.”

Karrion Kross is likely to face off against Roman Reigns within the next couple of months. We will have to wait and see how WWE will be booking Kross till then as well. If anything, Triple H taking control of WWE creative has been an amazing thing for Kross.

What’s your take on this story? Sound off in the comments!