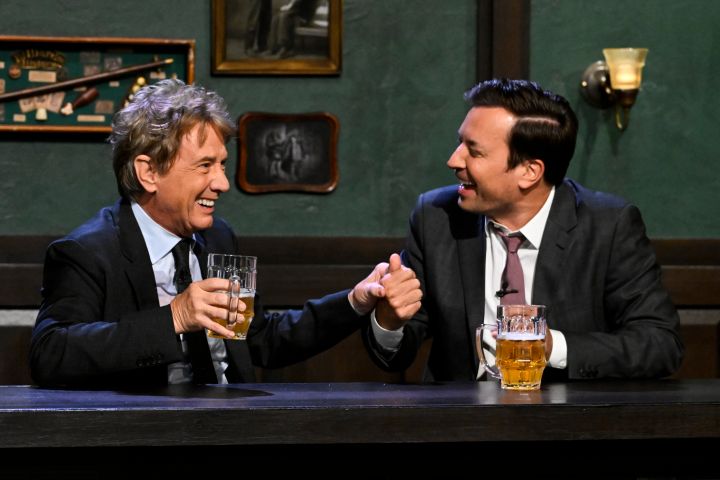 On Thursday night, the “Only Murders in the Building” star stopped by “The Tonight Show”, and didn’t hold back in his jokes about the host.

“James Thomas Fallon, my God, your name screams out diversity,” Short said immediately after sitting down.

“Now I haven’t seen you since the big Saudi golf tournament,” he continued. “Who knew that you and the Crown Prince were such buddies?! The giggling and the giggling.”

Short joked, “In fact, tell everyone what you were telling me about how the Proud Boys is so much more than a club, what did you mean by that?”

He also had some jokes at his own expense, telling Fallon, “Do I regret my ‘Kim and Pete Forever’ tattoo? Sure.

The comedian then joked that he was at Mar-a-Lago during the FBI raid on Donald Trump.

“I don’t love Trump’s politics, but I love his omelet station,” he said. “And it’s so great, because if you’re a member you can just read as many classified documents as you want.”

He then joked that he used to babysit Don Jr. and Eric Trump when they were kids, and they would play Monopoly together, though he explained, “their version of the winner is the first person to yell ‘bankruptcy!’”