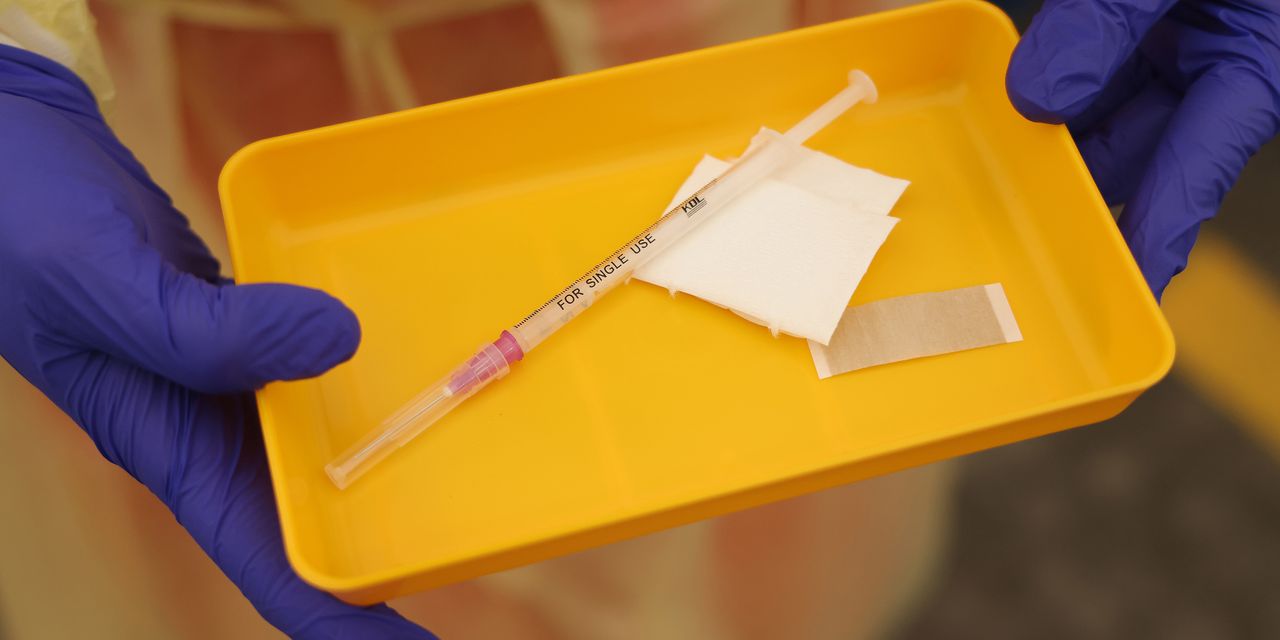 The company reported sales for the second quarter of $4.7 billion, better than the $4.1 billion analyst consensus estimate, according to FactSet.

Diluted earnings were $5.24 a share, well above the analyst consensus estimate of $4.58.

Cost of sales was higher than expected, at $1.4 billion, compared to an analyst consensus estimate of $899 million.

(ticker: MRNA) didn’t change its full-year guidance, saying it currently has advanced purchase agreements in place worth $21 billion for deliveries in 2022. That figure didn’t change despite a $1.7 billion deal the company announced with the U.S. government on Friday.

The company said it had cash, cash equivalents, and investments worth $18.1 billion, up from $17.6 billion at the end of the year, and announced it would repurchase $3 billion in its own shares.

As of the close of trading on Tuesday, the stock was down 37% this year, while the

On an earnings call scheduled for 8 a.m Eastern time., investors will be listening for updates on the company’s M&A plans, plus details on how it plans to hold market share against

said that as of late July, its shots accounted for 68% of the Covid-19 vaccine doses administered so far in developed markets, up from 59% in January.

Stock Market Today: All You Need To Know Going Into Trade On Aug. 12