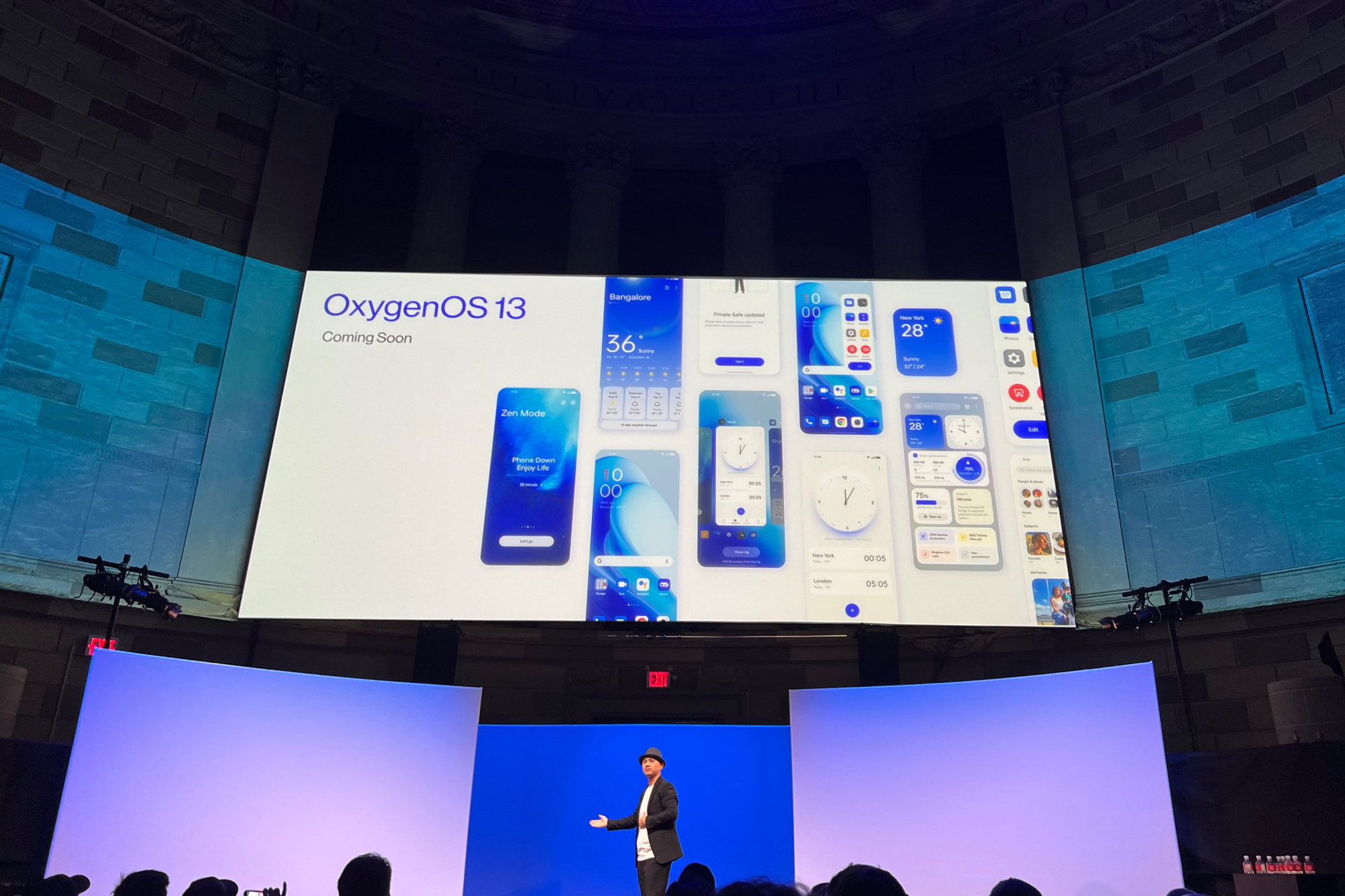 
The open beta version of OnePlus’s next operating system, OxygenOS 13, will be available this month. What makes it exciting is it’s built on Google’s Android 13, and will be one of the first opportunities to try out the next major overhaul of the mobile operating system. However, while we know OxygenOS 13 is coming very soon and the devices getting it, we don’t know much about it or its look yet.

Gary Chen, Head of OS Product at OnePlus, had this to say:

“With OxygenOS 13, we continue to deliver the experience that our long-time users love, like a faster and smoother experience, stable performance, burden-less design, and ease of use. We have also made exciting improvements to better accommodate users’ needs and changing lifestyles, bringing an all-encompassing upgrade that underscores customization and personalization, gaming, and connectivity.”

If you’ve owned OnePlus phones for a while, you’ll have your own opinions on how the software has changed since OxygenOS took on many attributes from Oppo’s ColorOS. Some will no doubt hope things will change in the next version, but OnePlus hasn’t shown the look of the software yet, saying only that the design has been inspired by water, which is reflected in the name given to the new look: Aquamorphic.

A small preview of OxygenOS 13

What does this mean? Apparently, we should look for softer, more rounded edges throughout, and more flowing menus and transitions. OnePlus specifically mentions the way OxygenOS 13 will become, “brighter in the morning and take on a darker, calmer aesthetic after sunset.” OnePlus briefly shared a few images of what this will look like during its OnePlus 10T launch event.  We get to see a redesigned Clock and Weather apps, a revamped notification shade, and more.

The only real major feature revealed by OnePlus at the moment is a new Always-on screen that works with Spotify and enables control of music without unlocking your phone and visiting the app. OnePlus also promises updates to its existing Always-on screens with more contextual and relevant information displayed. Unfortunately, OnePlus is adding what sounds like a few new superfluous features too. We’re told to expect a Smart Launcher and Sidebar Toolbox, where connectivity features related to Bluetooth and audio will live, along with the HyperBoost gaming mode.

On the subject of audio, OxygenOS 13 will support Spatial Audio and Dolby Atmos, plus Fast Pair and Audio Switch to swap Bluetooth connections between devices quickly. Additionally, Google’s Nearby Share will be included, and a feature called App Streaming will enable screen sharing to ChromeOS devices. However, Spatial Audio will require special headphones to operate, and Dolby Atmos won’t be available in all regions.

Which phones will get OxygenOS 13?

While today’s small preview of OxygenOS 13 is great to see, we’re still eager to go hands-on with the software and see how it performs in daily use. There are certainly some design changes compared to OxygenOS 12, but it looks like OnePlus is creeping more towards its ColorOS aesthetic — not going back to the minimalistic design of previous OxygenOS versions.

What devices will OxygenOS 13 arrive on, and when? The OnePlus 10 Pro will be the first to receive the software, followed by the new OnePlus 10T later this year. Exactly when and how owners will be able to participate in the open beta program isn’t known yet.

In the future, the OnePlus 8, 8 Pro, 8T, OnePlus 9, 9 Pro, 9R, and 9RT will also get the update. For Nord owners, it’ll come to the Nord 2, Nord 2T, Nord CE, Nord CE 2, and Nord CE 2 Lite. OnePlus has not committed to a schedule for the final public release of the software at this time.