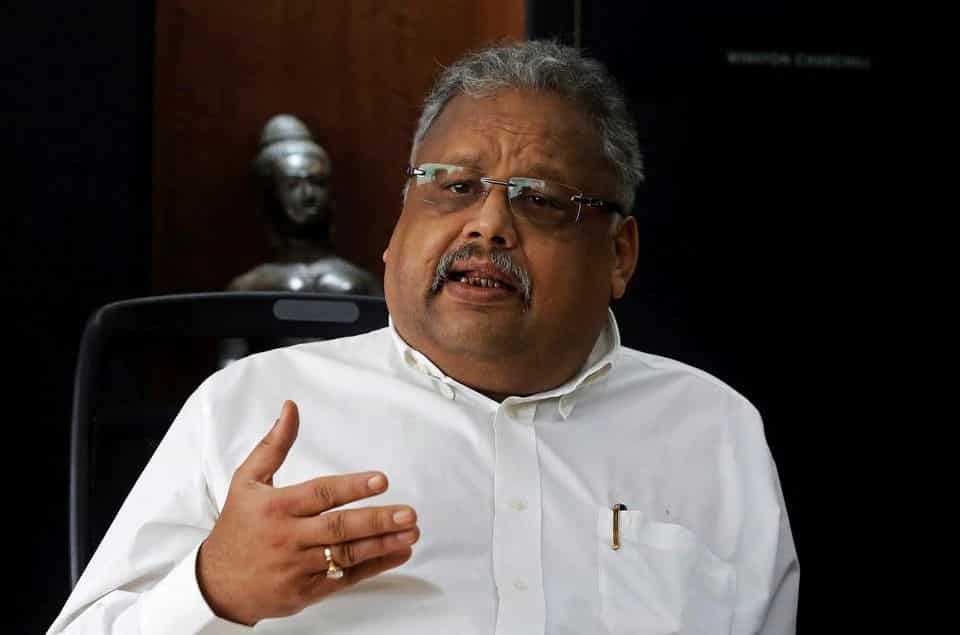 Dalal Street had been fraught with risk. People who made big fortunes often made headlines as scamsters, leading to equity markets being looked at with suspicion in post-liberalised India.

Rakesh Jhunjhunwala, a partner at RARE Enterprises, who rose to amass a USD 5.8 billion fortune and earn the tag of India’s biggest individual investor, was broadly an exception to this, who leaves behind a relatively cleaner slate.

Unlike names like Harshad Mehta and Ketan Parekh, whose rise in fortunes was tainted with scam links, the newest ‘Big Bull’ in the more-regulated market had lesser baggage on this front.

Frequently likened to legendary investor Warren Buffett, Jhunjhunwala was unabashed about wealth creation and strutted his connections flamboyantly, a sign of the shift to a market-based economy in early 1990s taking root.

While he did not make big headlines for scams, Jhunjhunwala did feature in some cases of insider trading and was also speculated to front-run on stock trades ahead of big news events. In 2021, he and others settled an insider trading case related to Aptech by agreeing to pay Rs 37 crore under the consent route, where an individual can close a pending matter without admitting or denying the charges.

A Rs 70-crore gain on an investment in Zee Enterprises in a short time, by investing in the stock days ahead of its board deciding on a merger with rival Sony Pictures Networks in 2021, had also led to chatter around his conduct.

However, it was Jhunjhunwala’s long-term, research-based bets on stocks like Titan and Indian Hotels Company which made him one of the biggest names in the Indian markets.

Every move in his portfolio was tracked closely by the growing number of investors in India, who wanted an early entry into scrips which would eventually break out.

Some of the bets, especially in the infrastructure space, did not pay off for Jhunjhunwala. But the proverbial ‘humbling effect’ was missing, as he would often succeed in some other stock, showcasing his Midas touch.

People in the know say behind the value creation was an operation of deep research carried out by him and analysts at the Nariman Point office of RARE Enterprises (which is named after the first two letters in the name of Rakesh and his wife Rekha).

And when companies underperformed, Jhunjhunwala was unsparing, like the iconic character of Gordon Gekko in the movie ‘Wall Street’. Managements of quite a few portfolio companies faced questions from an irate Jhunjhunwala himself on analyst calls. The management of Titan, which has been a two-decade old investment for Jhunjhunwala, was at the receiving end of one such tough public questioning in 2020.

Outspokenness and wit came to define Jhunjhunwala. Unlike most of his contemporaries who shied away from having a public profile, Jhunjhunwala participated in industry seminars and spoke passionately on a variety of subjects beyond the markets as well.

Many of his views were closely aligned with that of the ruling NDA as well, something which made his 2021 meeting with Prime Minister Narendra Modi less surprising.

His newest venture in the heavily-regulated airlines sector, Akasa Air, also had a smooth take off.

But things did not always come easy and having loads of money did not help every time. His home buy in a tony south Mumbai locality is often cited as a story of perseverance.

Along with his wife Rekha, Jhunjhunwala bought the 14 flats that made Ridgeway Apartments in deals spread over five years, demolished the structure after gaining full control and is now building a 14-storey pad on the same plot.

The trader in Jhunjhunwala drew life lessons from all his deals and reflected — publicly, as was his wont — on the apartment buy as well. Jhunjhunwala said he had to sell his holdings in leading rating agency Crisil to fund what was an emotional decision of buying flats in Ridgeway, and regretted having missed the rally in the stock later.

He often asked investors to speculate less and research more. He likened day-trading to having a mistress, which he said was fine but one should not have many of them, and asked everyone to concentrate on having long-term strategies as well.

Sartorially speaking, he was not the dapper trader in finely cut suits and was mostly under-dressed. Most of his public appearances were simple trouser-shirt affairs, with some gutkha or paan (betel nut) as well in his mouth. He, however, loved food and alcohol.

Not given to shying away from sharing his reflections, Jhunjhunwala had lately spoken about not paying enough attention to his health during his pursuit of wealth lasting several decades. He was down with multiple ailments and struggled to stand and walk towards the end.

The wheelchair-bound Jhunjhunwala’s dance performance on the popular Bollywood number ‘Kajra Re’ at a private do defined his character for some. He was down, but not out, they said.

At the inauguration of Akasa Air’s flight operations at Mumbai airport on August 7, Jhunjunwala was sitting in a wheelchair and looked frail, leading many to express concerns about his health.

Jhunjunwala, who often spoke about nobody being capable of predicting the weather, death, market or women, breathed his last on Sunday morning.