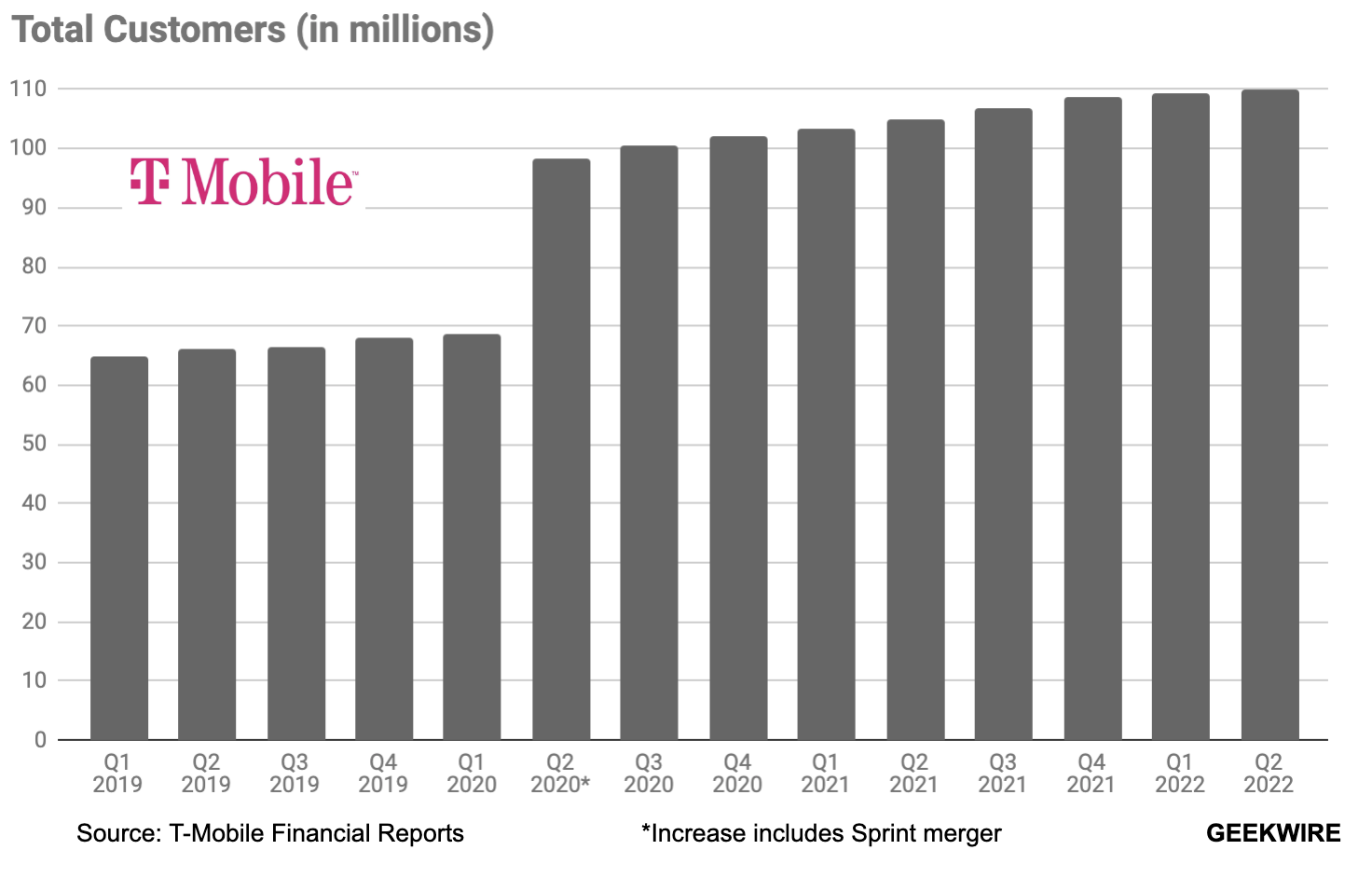 
T-Mobile reported $19.7 billion in revenue for its second fiscal quarter, which was down slightly from the year-ago quarter and missed analyst expectations.

Still, the Bellevue, Wash.-based wireless carrier added 1.7 million new customers, up from 1.3 million a year ago, and the highest second quarter growth in its history. The company raised guidance for the current year.

In an interview with Bloomberg, T-Mobile CEO Mike Sievert said the company is expecting 6-to-6.3 million new subscriber additions this year, up from an all-time high of 5.5 million last year.

T-Mobile shares gained more than 4% in trading Wednesday. The stock is up more than 21% on the year.

The company attributed its losses this quarter to merger-related costs and legal-related expenses from its August 2021 cyber attack.

T-Mobile added 560,000 broadband users for its internet service, a faster rate of growth than the 338,000 home internet users it added in the first quarter.

The company is betting big on its home internet service and small town initiative, part of a broader national effort to expand broadband infrastructure throughout the country.

Photo by Jesse Grant/Getty Images for Disney Celebrating the premiere of She-Hulk: Attorney at Law,…