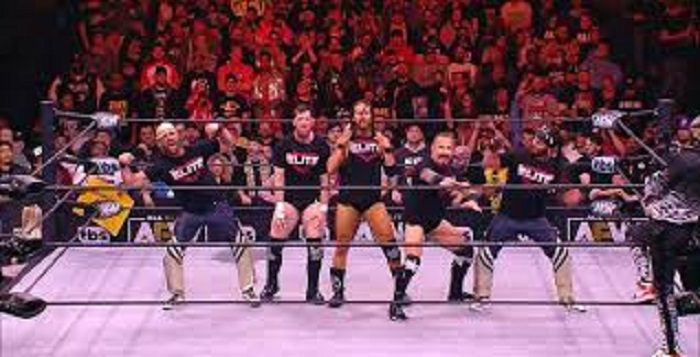 
That’s going to be a big one. AEW has been around for a few years now and the company has built up a rather deep roster in its existence. This involves a group of wrestlers who have been around the world with all kinds of success. That includes wrestlers being paired together in different units, but now one of those groups has fallen apart in a pretty violent way.

This week’s AEW Dynamite featured the return of the Undisputed Elite, including Adam Cole. During his speech, Cole revealed that he was injured and unable to participate in the upcoming Trios Titles tournament. Cole also said that fellow Undisputed Elite members the Young Bucks would be unable to participate as well because they would be physically unable. This caused Bobby Fish and Kyle O’Reilly to attack the bucks, with Hangman Page having to make the save. Page did not embrace the Bucks and left without them.

Opinion: This feels like something that is designed to set up the return of Kenny Omega, but if that is not the case, Page is there for the Bucks. The former Elite’s stories have been the centerpieces for AEW for a very long time now and it seems that we are going to be seeing it again. I’m not sure how well that is going to go, but you are probably going to be seeing it for a long time to come.

What do you think of the breakup? Where do you see it going? Let us know in the comments below.

What A Way To Go: AEW Stable Officially Broken Up On Dynamite