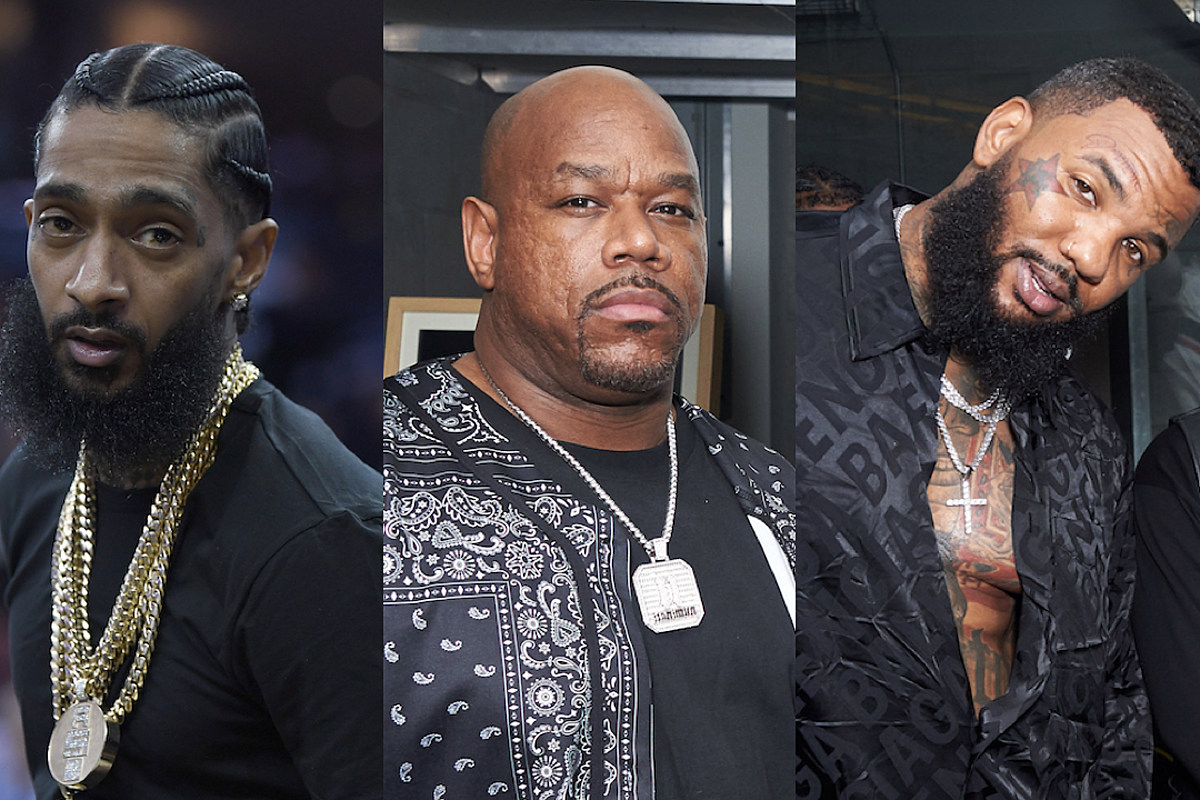 The Game‘s manager Wack 100 has called out Nipsey Hussle‘s brother for being “selfish with anger” after getting Nipsey’s feature removed from the Compton, Calif. rapper’s new album Drillmatic.

In a video posted on YouTube on Saturday (Aug. 13), Wack 100 was on Clubhouse on Friday (Aug. 12) talking with fans about The Game’s just-released Drillmatic LP. The veteran rap executive then revealed that within mere hours of the album’s release, Nipsey Hussle’s brother, Samiel Asghedom, aka Blacc Sam, demanded that “World Tours,” The Game‘s collaborative track with the late Nipsey, be removed.

“I got an email from my attorney, at about 7:30, an hour and a half before it dropped. Nipsey’s brother put in a demand for it to be pulled,” said Wack. “These niggas be in their feelings.”

Wack theorized that his past comments about Nipsey probably didn’t sit well with Atlantic Records, Nipsey’s label, and it caused them to block the song from being released.

“You notice you got Meek Mill and a bunch of people over there Wack really don’t see eye to eye with,” he said. “Whoever [The Game] work with, he work with. His shit ain’t my shit. The Game done drove around L.A., he’s been the biggest Nipsey supporter ever.”

Wack believes Blacc Sam’s emotions are getting in the way of business. He also claims that Nipsey has 80 unreleased tracks and that Sam has lost many opportunities to release new Nipsey music. “Dude over there don’t understand the [music] business, he does T-shirts,” he stated.

“The Game, Nipsey song does nothing but work towards a remembrance of Nipsey,” Wack further explained. “He’s not here to drop music or promote music, so it’s just remembrance of Nipsey. So at the end of the day, I think where Blacc Sam goes wrong at, he’s being selfish with his anger…probably towards me. But he’s totally disregarding the acknowledgment that Game has given Nipsey since he’s been gone.”

Wack said that The Game’s song would only have contributed to Nipsey’s catalog and his royalties. “The only way to keep [Nipsey’s] name going is through his music,” he said, later adding, “That track could have went three, four, five times platinum. You know what kind of check that it would have created for his kids? Nice check.”

So far, The Game has not publicly address the Nipsey Hussle-featured song being removed from his album.

Reports: Floyd Mayweather is set to face YouTuber Deji at the exhibition in Dubai on November 13

Joe Joyce dominates, stops Joseph Parker with a brutal left hook in the 11th round

Trade Costco If You Must, But It’s Not For Me