Will God Of War Ragnarök’s Pre-Order Jotnar Edition Come Back In Stock? 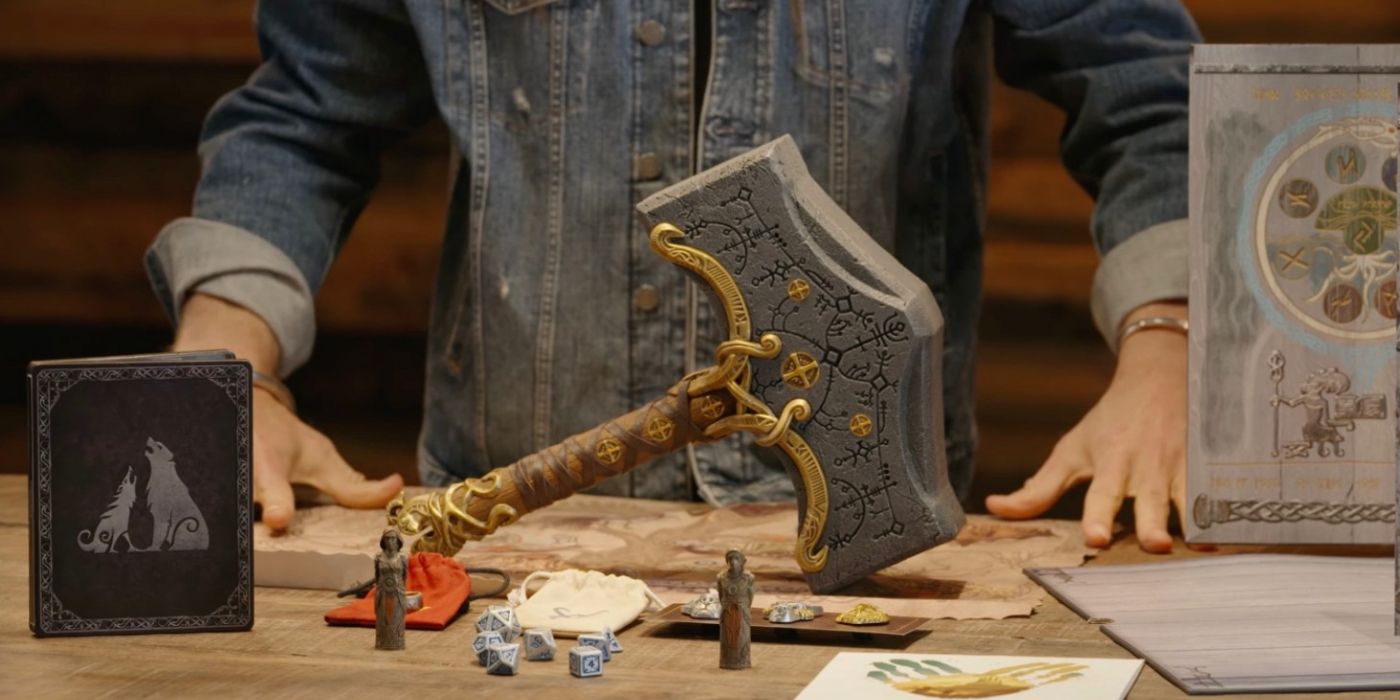 
God of War Ragnarok’s Jotnar Edition – which includes a replica of Thor’s hammer, Mjolnir – quickly sold out following its announcement.

The much-awaited God of War Ragnarök special edition has gone out of stock for pre-order but may become available at a later date. The sequel to the acclaimed God of War (2018), Ragnarök will follow Kratos and his son Atreus as they attempt to stop the end of all things. God of War is an action-adventure game with a focus on Norse Mythology, as opposed to previous titles in the series that focused on Greek Mythos. It became an immediate hit for both old and new fans of the series due to its motion capture performances and powerful father and son dynamic.

Leading up to the game’s release, on July 15, PlayStation began to sell three pre-order editions of God of War Ragnarök. The Jotnar Edition is priced at $259.99 and includes physical and digital items like a replica of Thor’s Hammer, a dice set, vinyls, a cloth map, and digital content vouchers that can install items in the game. A physical copy of the game does not come with the edition, but instead a printed voucher for a digital download. PlayStation set the order limit for God of War Ragnarök‘s Jotnar Edition to just one per customer, and warned that there were only limited copies available.

Unsurprisingly, God of War Ragnarök‘s Jotnar Edition swiftly went out of stock due to the popularity of the previous game (God of War sold 5 million copies in its first month). On sites like eBay, copies of the rare edition can be found resold at over twice the original retail price. While for many this may be disappointing news, there may still be a chance to buy the Jotnar Edition of God of War Ragnarök. Currently, on the PlayStation Direct website, the game edition is displayed with the message that it is “out of stock“, with no word on any potential restock. Its retail price is still listed, however, which could mean that PlayStation may plan on selling the edition in the future.

How to Pre-Order God of War Ragnarök Jotnar Edition

For now, there are only three options available for players who are interested in pre-ordering the extremely hyped God of War Ragnarök Jotnar Edition. The first is by buying a resold copy of the Jotnar Edition at an extortionate price; the second is to wait if the edition will come back in stock on PlayStation Direct or another retailer, and the last option would be to pre-order a standard edition of the game. Although this may not be an ideal situation, the bonus items included in the Jotnar Edition are just that, and shouldn’t impact on any given player’s enjoyment of Sony Santa Monica’s sequel. For now, players who are interested in pre-ordering the God of War Ragnarök Jotnar Edition should regularly check stores online to see if it has been restocked.

Next: God Of War Ragnarök Gets First Story Synopsis For Kratos & Atreus

Jane writes a variety of things ranging from gaming features to creative writing. She devotes her free time to travel the world and dreams about getting a dog.