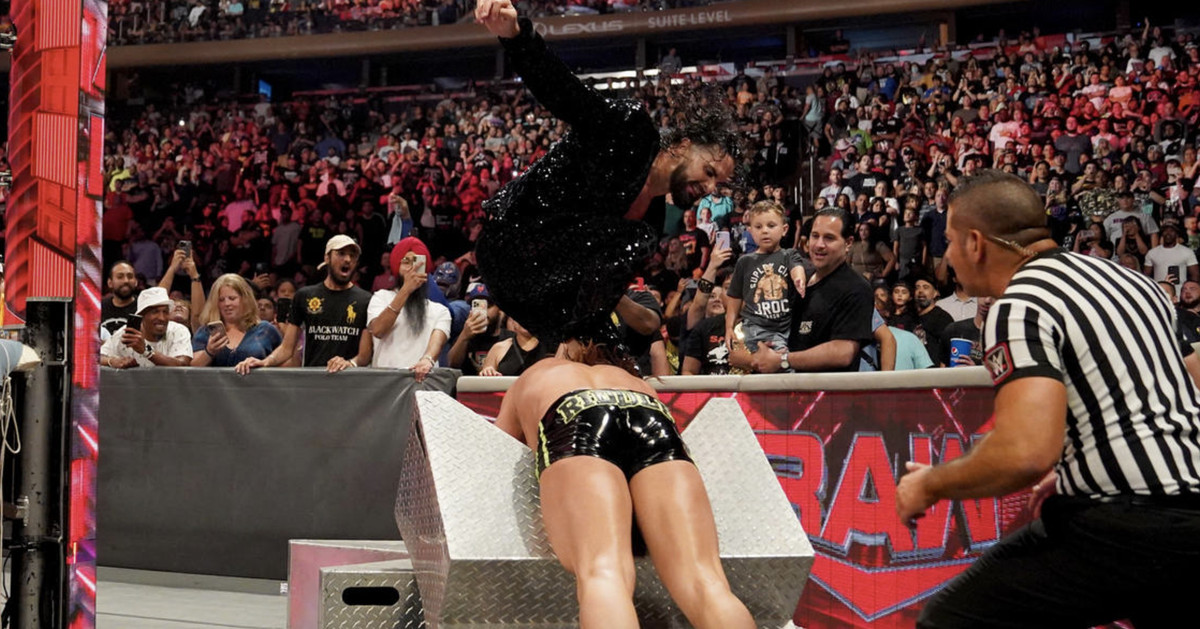 
The line-up for SummerSlam took a hit today (July 27) as WWE announced on The Bump that Riddle is injured and his match with Seth Rollins is “postponed.”

According to Kayla Braxton, Riddle was hurt when Rollins’ stomped him on the ring steps to close this week’s Raw. The attack left the former MMA fighter with a “really bad stinger that has resulted in some significant weakness.”

No word yet on if this is storyline, but if it is you’d have to assume it’s to cover for a real injury as WWE probably wouldn’t want to pull two stars off a stadium show on short notice otherwise.

Also no announcement yet on what, if anything, will fill the hole this leaves in the card for Sat., July 30’s premium live event at Nissan Stadium in Nashville. Here’s what we’re left with at this time:

• The Usos (c) vs. The Street Profits for the WWE Tag Team Championship (with Special Guest Referee Jeff Jarrett)

• Bobby Lashley (c) vs. Theory for the United States title

• The Mysterios vs. The Judgment Day in a No Disqualification match

• Logan Paul vs. The Miz

The Show That Could Replace NXT UK On BT Sport

Each Minecraft mod offers something a bit different to players of the quintessential sandbox game.…