Xavi ‘delighted’ with exit-linked Barcelona midfielder, could keep him at club 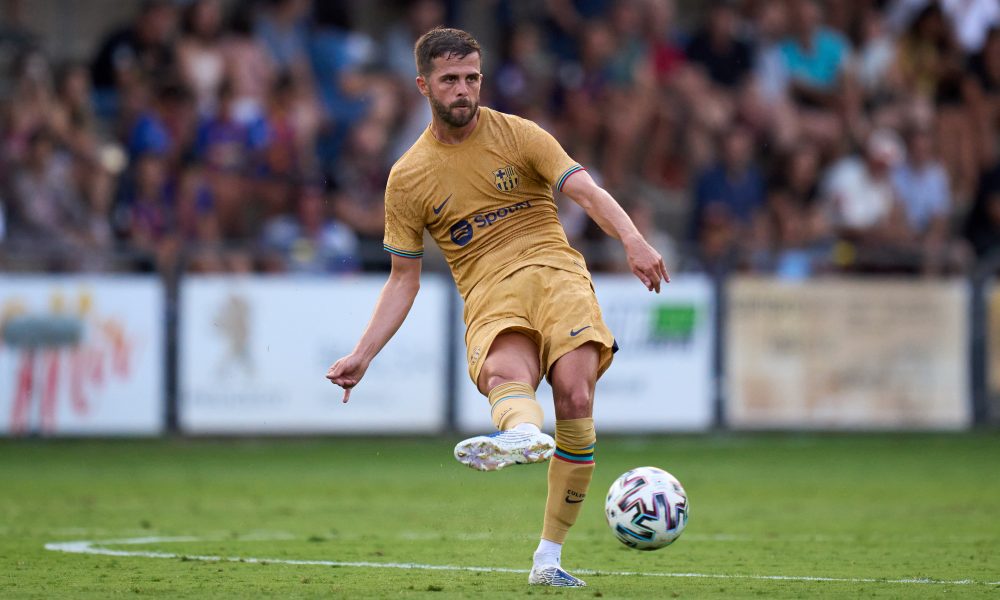 
When Miralem Pjanic returned to Barcelona from his loan spell with Besiktas, it looked like it would only be a matter of time before he was shipped out on loan again or sold permanently. However, there has been a drastic change in his situation over the past few weeks.

Last summer, it was evident that Pjanic did not share the best equation with Ronald Koeman and jumped at the chance of leaving the club on loan. However, by his own admission, the veteran midfielder is looking forward to playing for Barça under Xavi in the coming season.

And, as things stand, it looks like Pjanic could be given a shot at redemption at Camp Nou after a disappointing debut season in 2020/21.

The 32-year-old reportedly made a big impression on the manager and the coaching staff in the early parts of the pre-season, which earned him a stay of execution and a seat on the plane to the USA.

And now, according to SPORT, Xavi is delighted with Pjanic so far on the club’s pre-season tour, especially with his performance in the third friendly encounter against Juventus.

Replacing club captain Sergio Busquets, Pjanic slotted in the pivot position in the middle of the park and displayed his range of distribution and vision to find teammates with precision.

Xavi was full of praise for the former Juventus star after the game. And as per the report, there is now a chance that the manager might decide to keep hold of the Bosnian international for the upcoming campaign.

With Pjanic slowly managing to win over Xavi, his chances of continuing as a Barcelona player are also getting better. However, his continuity could lead to the departure of a different midfielder as the Blaugrana are overbooked in the position.

Frenkie de Jong has been linked with an exit but is maintaining that he has no desire to leave the Catalans. If he stays, along with Pjanic, Barça could then decide to loan out young midfielder Nico Gonzalez.

The La Masia graduate is already concerned about the lack of playing time he might receive next season. But Xavi offered him assurances and convinced him to stay put. But with Pjanic now forcing himself into the manager’s plans, things could change, with a decision likely to be made after the US tour.